Folates and cognitive development in children 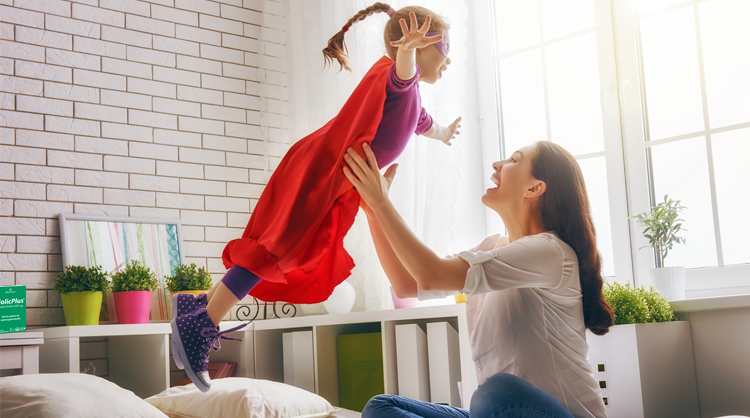 New study results published in early 2016. Show a clear connection between folate intake and the anatomy of a child’s brain. Research presented in a scientific magazine of British Journal of Nutrition in the beginning of 2016. focused on effects of folate, homocysteine and Vitamin B12 levels during prenatal period, on baby’s cerebrum, its cognitive development and overall psychological function.

The study have shown that folate deficiency in women during early childbearing has a long-lasting effect on the baby’s brain matter development. Folate deficiency is connected to a smaller brain circumference, poorer vocal capabilities and a weak spatial orientation in kids between 6 and 8 years of age.

Folate levels were measured in mothers involved Generation R. study. Levels of active 5-methyltetrahydrofolates were taken as reference. An exceptionally interesting result made was that 35.5% of mothers with low active folate levels measured also reported taking folate supplement of some kind.

FolicPlus® increases benefit of folate supplementation to its maximum

This website uses cookies to improve your experience while you navigate through the website. Out of these, the cookies that are categorized as necessary are stored on your browser as they are essential for the working of basic functionalities of the website. We also use third-party cookies that help us analyze and understand how you use this website. These cookies will be stored in your browser only with your consent. You also have the option to opt-out of these cookies. But opting out of some of these cookies may affect your browsing experience.
Necessary Always Enabled
Necessary cookies are absolutely essential for the website to function properly. This category only includes cookies that ensures basic functionalities and security features of the website. These cookies do not store any personal information.
Non-necessary
Any cookies that may not be particularly necessary for the website to function and is used specifically to collect user personal data via analytics, ads, other embedded contents are termed as non-necessary cookies. It is mandatory to procure user consent prior to running these cookies on your website.
SAVE & ACCEPT